Perham has always been a small town with big ideas. These big ideas combined with a “get-it-done” entrepreneurial attitude have helped the community realize a longtime tradition of business growth. In recent years, Perham entrepreneurs have compiled an impressive collection of regional, state, and national awards for leadership and accomplishment.

In 2013, Kenny Nelson, Founder and President of KLN Family Brands, was recognized as one of Ernst & Young Entrepreneurs of the Year for the Upper Midwest. The award recognizes outstanding high-growth entrepreneurs who demonstrate excellence and extraordinary success in such areas as innovation, financial performance and personal commitment to their businesses and communities. Nelson was also presented with the M State Outstanding Entrepreneur of the Year award for his display of leadership, success and accomplishment in 2013.

It is easy to see the impact KLN Family Brands has made on Perham. KLN is one of the nation’s four largest privately owned snack food companies and the state’s second-largest candy company. Since it began in 1964, the company has grown to include Tuffy’s Pet Food, Barrel O’ Fun Snack Foods, Kenny’s Candy Company, and Nutheads. To learn more about the history of KLN Family Brands, click here.

Swanson, a native of Blaine, Minnesota, founded Kit Masters Inc. and Swan Machine Inc. 16 years ago in the family’s garage with his father Keith. The companies specialize in manufacturing and servicing clutches for heavy-duty vehicles, mostly for the U.S. aftermarket. In building the companies, the Swansons followed two guiding principles: give back to the community and never sacrifice quality for speed or cost. Watch Darrin’s story here.

Since Chuck Hofius joined Perham Health as CEO in 1997, he has been instrumental in making the organization a highly respected, pre-eminent medical facility that continually seeks to improve patient care. In 2013, Chuck received the M State Community Entrepreneur of the Year Award for the community, non-profit or public sector.

Chuck has undertaken several major ventures that have kept the Perham Health at the forefront of the health care industry. These ventures include the construction of the $35 million Perham Health Hospital and Clinic, which opened in January 2012. Chuck spearheaded the vision and planning for the new hospital and clinic, a facility grounded in the emerging science of patient and family-centered environments and care. The conclusion of this successful project was the foundation for the Community Entrepreneur nomination. 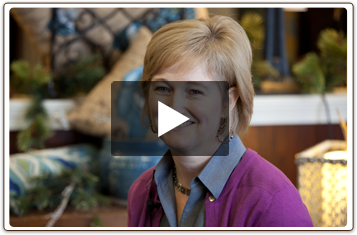